“Oasis in the Quarry: an urban park will be constructed in the abandoned quarry of Be’er Sheva

In this place, the ancient Ottoman’s mined stones for their ancient city. However decades later, the Israelis that abandoned the Quarry left it as an open wound. Soon  this place will be renovated into an amazing park”

“Our office addresses hybrid design challenges that reflect the complexity of contemporary life and its varied spatial impact. We collaborate with a range of stakeholders to solve complex challenges, fostering innovation in public spaces and creating new urban and natural environments.”

Just in time for the 100th anniversary of the Bauhaus School, the city of Tel Aviv has successfully completed the restoration of Dizengoff Circus, designed by architect Genia Averbuch — likely the world’s only “Bauhaus Piazza” — to its original design. Regarded as the traditional center of the White City, it is striking for its simple design: a round space, surrounded by nearly identical buildings, featuring curvilinear horizontal slit balconies. The simple, elegant architectural language of this circle makes it a paradigm of local modernist architecture.

Dizengoff Square was inaugurated in 1938. Over the years it underwent many changes, but continued to play a central role in the ‘White City’. In addition to its architectural importance, it was the center of vibrant social life that shaped the unique character of Tel Aviv. In 2016, the Tel Aviv-Jaffa Municipality decided to renovate the square and restore it to its original design, by the landscape architecture firm “Moria Sekely”.

The exhibition reviews the history of Dizengoff Square and celebrates its renewal. The exhibition consists of b/w and color photos, sketches and original vintage items (on display from June – Oct 2019 in the Bauhaus Center, Dizengoff St 77, Tel Aviv). 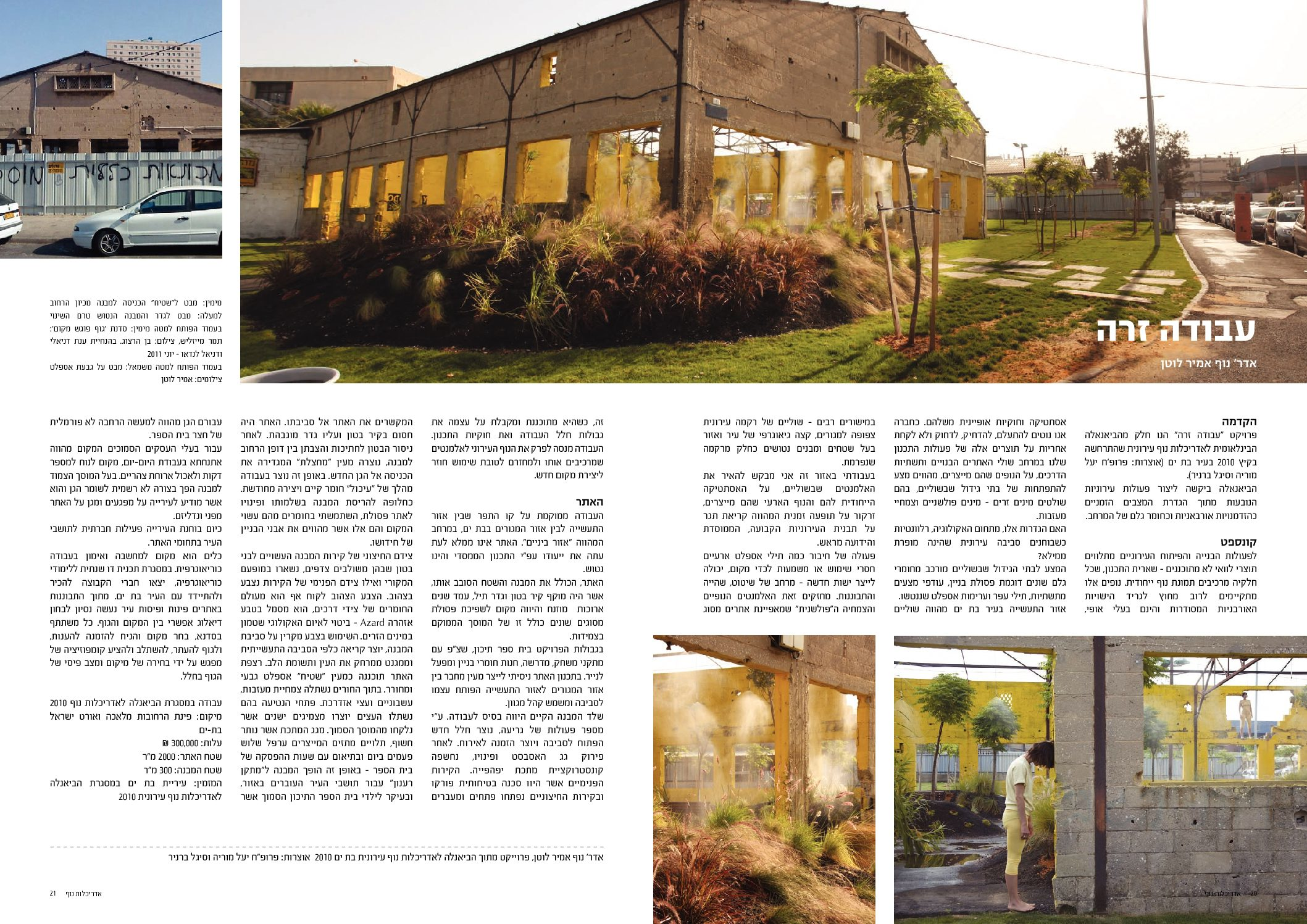 Construction and urban development often have unpredictable and fragmented side effects, the sum of which form specific landscapes. As a society, we tend to ignore, repress and suppress the consequences of our own building actions on a space, denying our responsibility. These consequences mainly exist outside traditional urban life and have unique identities, aesthetics and statutory definitions. A common “consequence” is the plant-life that grows on the edge of built sites. These margins become habitats for various species and plants that thrive and grow in that particular environment. Predominant to said habitats are invasive and potentially harmful plant species, which may threaten surrounding ecosystems. In most cases, when these ruderal plants appear, we try to get eliminate them. However, are these definitions relevant in the context of built and landscaped urban environments? 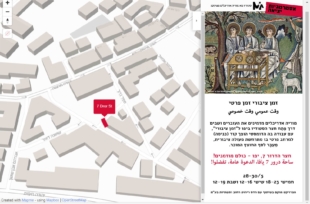 In an era of social distancing, what does a new public-private place look like? Through the ancient offering of water, we invited viewers to literally cross the threshold between public and private space, into our studio’s inner garden. Through an exhibit of domestic items, visitors were able to gather and nourish in our yard on an installation bench created for the show.
Public Time Private Time was part of a city-wide initiative EXIT STRATEGIES by the Rabinovich Foundation and the Municipality of Tel Aviv Yaffo, to return art to the streets.

Restraint and Management Program for the Ayalon Basin Runoff 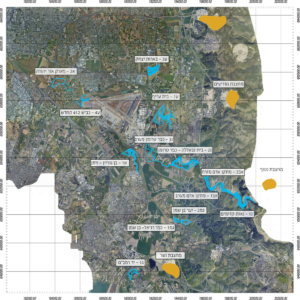